At least since the 1980s, scientists have warned that increasing concentrations of carbon dioxide and other greenhouse gases would warm the earth’s atmosphere and change our climate. Today, climate change is the most serious environmental challenge of our time, and we are already seeing its impacts: increased global temperatures; melting glaciers; reduced Arctic sea ice; increased tidal and storm surges; and increased heat waves and droughts.
Avoiding the most dangerous impacts from climate change has been a major focus of international environment law since the 1992 United Nations Framework Convention on Climate Change (the UNFCCC), which recognized climate change as “a common concern of humankind” and set out a framework for global action to avoid harmful impacts. The Convention set an informal goal to reduce emission levels of greenhouse gases to 1990 levels by the year 2000, but it did not impose any binding targets or timetables on any country.
Thirty- eight industrialized countries subsequently agreed in the 1997 Kyoto Protocol to reduce their overall emissions to approximately 5 percent below 1990 levels by the year 2012. Having agreed to cap emissions, the countries also established elaborate procedures for trading the rights to pollute under the cap. The Kyoto Protocol’s “cap-and-trade” approach thus envisioned a global market for reducing carbon dioxide and other greenhouse oases. The United States first signed the Protocol in 1998 but rejected it three years later after President Bush took office. The Kyoto Protocol would catalyze Europe’s reduction in GHG emissions and create a market for GHG emission credits–but the departure of the United States from the Protocol and the need to include China and other major emitting countries would lead to a search for a different approach.  That approach would (finally) come in the form of the 2015 Paris Agreement on Climate Change.

The Paris Agreement, which sits within the framework established by the 1992 UNFCCC, significantly advanced the world’s effort to address climate change.  For the first time, all countries, including the two largest emitters (China and the United States), pledged to take serious—if not binding— commitments. The governments endorsed a specific global average temperature goal— of “well below” 2°C increase over pre-industrial levels —as the temperature that would give the world a reasonable chance of avoiding the worst climate impacts.  The Parties also signaled that if necessary they will “pursue efforts” to limit the temperature increase to 1.5 °C.

Most significantly, the Paris Agreement signaled a long-term shift from fossil fuels as Parties agreed to reach a “global peaking” of GHG emissions “as soon as possible” and “to undertake rapid reductions thereafter” to achieve a balance between  net GHG emissions and removals in the “second half of this century.    Achieving this post-2050 goal  does not necessarily require the elimination of fossil fuels, because efforts could also increase GHG removals from the atmosphere, for example by growing more trees or by developing effective carbon capture technology.  The Agreement nonetheless builds momentum for drastically lower dependence on fossil fuels and provides a clear market signal for long-term investments in alternative energy sources.

Having set long-term shared goals, the Paris Agreement deemphasized the cap-and-trade approach of prior negotiations in favor of a “pledge-and-review” approach, relying primarily on each country’s commitment or  “nationally determined contribution” (NDC) to reduce climate change. By the end of the Paris negotiations, 186 countries would announce an NDC. The United States, for example, agreed to reduce by 2020 its overall GHG emissions 26-28% from 2005 levels, and China  agreed among other things to peak their emissions and improve  their GHG efficiency by 60-65% by 2030.  Each party’s implementation of their pledge would be subject to some form of monitoring, reporting and verification.

The primary weakness of the Paris Agreement’s approach is that an “ambition gap” exists between the countries’ cumulative pledges and what is scientifically necessary to avoid the worst climate impacts.  Indeed, current commitments are estimated to allow an increase in global average temperatures somewhere between 2.5 and 3.7 °C, well above safe levels.  The parties acknowledged the need for reviewing their NDCs every five years, beginning in 2020.  Successive commitments are supposed to build on previous commitments, taking into account each country’s particular circumstances.The Paris Agreement not only aimed at reducing GHG emissions but also at maintaining forests, improving land-use, expanding financial and technical resources  for developing countries, supporting adaptation to unavoidable climate change impacts and compensating those who suffer loss and damage from climate change.  Both in the large number of countries making commitments and of issues addressed, the Paris Agreement was most comprehensive effort yet to address climate change.  Nonetheless, the Trump Administration has renounced Paris Agreement, leaving the United States once again isolated globally with respect to fighting climate change.
Climate change currently dominates all other environmental issues, but other multilateral environmental agreements address other critical environmental challenges.

Black tide in Mauritius: liability and compensation according to the Bunker Convention 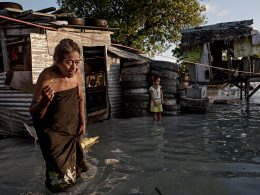 The 1951 Refugee Convention of Geneva spells out who a refugee is and the kind of legal protection, other assistance, and social rights he/she should receive from countries that have signed the document.
byAngelica De Vito 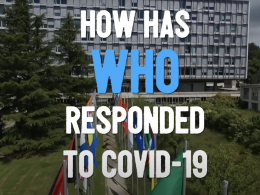 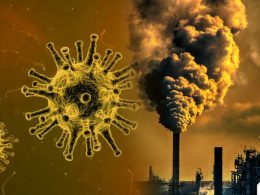